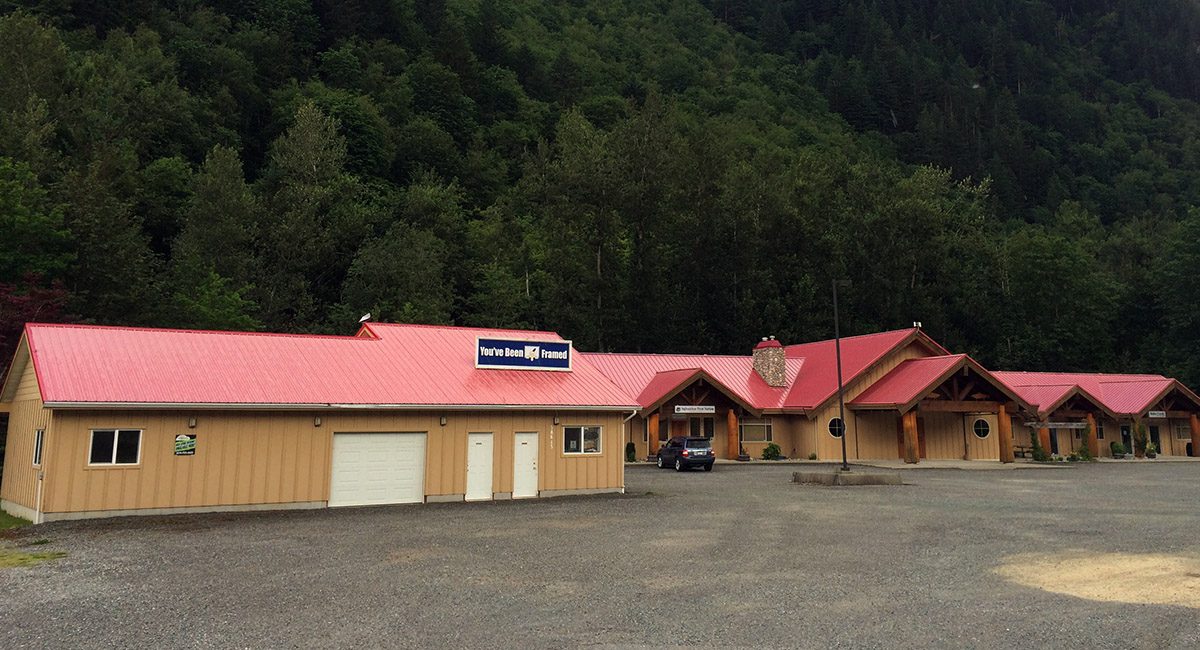 Sq’ewá:lxw (Skawahlook) was established on June 13th, 1879, and is part of the “Tait Tribe.” Skawahlook First Nation is located along Highway 7 at the mouth of Ruby Creek, and is nestled at the base of the mountains, between the towns of Hope and Agassiz. The total traditional territory holds 2 Reserves. Skawahlook I.R. #1 and Ruby Creek I.R, #2. Both reserves combined are approximately 81 hectares. 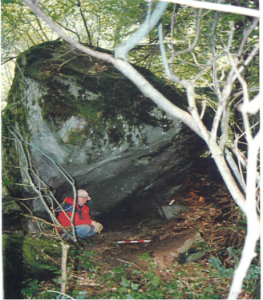 Sq’ewá:lxw meaning is “bend in the river”, it could also have something to do with the settlement associated with the cemetery. In March 2005 the Band administration and Tourism Centre was completed. This multipurpose building has amenities including: Ruby Creek Aboriginal Arts and Crafts Gallery; Framing and Wood working shop and rental of banquet and meeting space is also available. “Sq’ewá:lxw – known as I.R. 1, this was an important permanent village on the north side of the river about a mile or less above Ruby Creek, almost directly across from the mouth of Hunter Creek. E.L.’s mother was born there. Called by the name of Skawahlook, it was considered a separate band by the Indian Department. For many years it was not occupied, currently it is by one of the members. According to R.J. there were many house-pits there, they were destroyed in the 1950’s and 1960’s due to the log booming activities that took place there.” (Excerpt “The Upper Stalo Indians” by Wilson Duff 1952).

The following notes were taken at an Elders Meeting in 1977:

Sq’ewá:lxw – There used to be a wide turn in the Fraser River between Katz and Ruby Creek. This is how it got the meaning “bend in the river”. This made the wide bay there such a good fishing spot. It was also a place that the Sasquatch used to come down to the river. (A family did get visited by a Sasquatch). This place in the river has been changed now. The log dump and booming ground destroyed the archaeological sites here. It also caused the river to straighten and the bay got washed away.

St’itxoya (Ruby Creek) the name for the creek itself., at the forks of Ruby and Garnet. The word means “forked creek.” “Little forks” was given as the translation on August 5th 1977. Sq’ewalaxm (Skawahlook Band). This reserve is about one mile up-river from the mouth of Ruby Creek. The word means “a bend” or “a turn.” Perhaps it has to do with the old course of the River, for there is an old slough that cuts into the River at this point. It was a wide bay – good fishing but had been destroyed by booms. This slough seems to be a continuation of the one behind Katz. Lexwth:thesem (Rocky Cliff above Ruby Creek) this is the rocky bluffs between Ruby Creek Reserve and Skawahlook Reserve. It is called this (“always lots of big rocks”) because there are lots of boulders on all parts of this mountain that are lined up in rows. T’it’emt’amex (Railway tunnel just east of Ruby Creek) is the name of the rock bluffs between Ruby Creek and Skawahlook. It is possibly called this because there are trails to get around the bluffs by the train tunnel. Susan Peters says that this place is from the word teamiya; it was T’amiya’s real home and she knows a story about this.

Told by A.J.: The word a’lia apparently means a dream while awake, hence a vision. H.J. quotes “That’s a man who knows everything.” This is not a story, this is true. There was a man from Skawe’lxw named Skelbe’xel. One day he went tracking deer, along the way, nearly up to the top of the mountain. He met 3 men. They told him to kneel down, sign the cross 8 times, shut his eyes and say a prayer to God. After a long time he opened his eyes and saw a big church in the bluff. A big one with lights of all colors inside. The men told him, “God doesn’t want you to do these things (named all bad things), don’t want you to do anything bad or he won’t be your friend. When you get to your people, tell them what I said; what God don’t want”. They told him that someone will come all dressed in black, dressed up like a woman, to teach him. These men will be half bad and half good. The men said that one day lots of people will come to this country. They will have fire that burns inside a box, and little sticks with fire on the ends. Your birds and animals will be walking around outside, tame. He told skelbe’xel about everything the white man would bring—cars, trains, and airplanes, everything. Skelbe’xel told his people all these things. Hundreds of people came to hear this man, long before the white man came. He would travel, preaching up to Boston Bar, Lytton all the way down the river. When the Catholic priest came, Skelbe’xel was 80-90 yrs. old. Somebody told the priest that one man was preaching what God wanted. He took the priest to Skelbe’xel’s winter house. The priest asked the old man what he knows. He told the priest what God had told him and that God had people hired to go all over with wings. This made the priest mad, he pointed 3 times at the old man and he became half paralyzed. Some of his friends were going to kill the priest but others said, “Never mind, God will punish him if he don’t like it.” They were right. Skelbe’xel knew that the priest was not all good, not one of God’s people; half good, half bad.

Told by R.J.: A long time before the whites came, there was a man named tawqpa’met, an upright man, righteous. The mountain on the back of the village is rough and high. He used to go up there and stay a day or two. On one trip he came home with a kind of paper, very thin with writing in oils, not ink. He showed it to his people, read it to them. “This paper I received from above. This is our instructions of what is right”. He used to preach to the people according to the writing on the paper. Another time he went back. There’s a cave at the top of the ravine, nobody but him could ever find it. That is where he got

these things, a long shiny article, about a fathom long, with sharp saw teeth, a metal object with a hole in one end, sharp at the other. When the people first saw, a crosscut saw and a single-bitted ax, they said; “That’s what the old man had”. The white man came, saw this paper, couldn’t read it. It was a gift for him from a higher spirit to teach his people what was right.

The current population of Sq’ewá:lxw is 87.