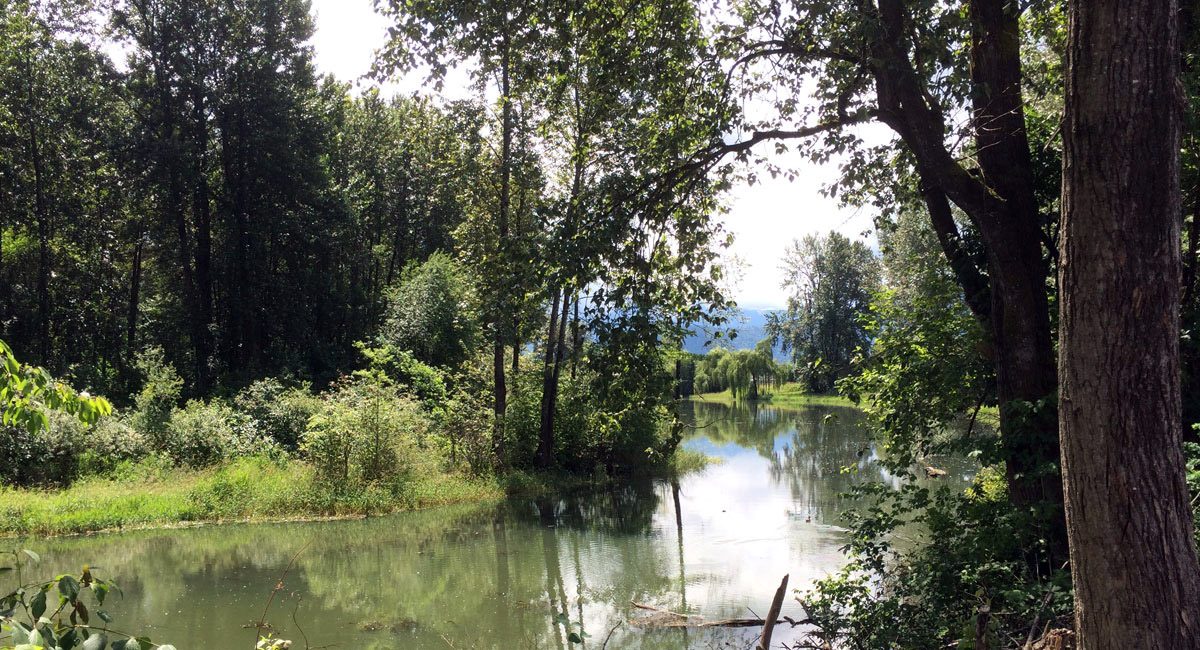 Áthelets is located in Sardis, BC. It was formerly a large village site with both pit houses and plank houses located between Chilliwack River and Aitchelitz Creek. Oliver Wells noted that a great ceremonial longhouse was located at Aitchelitz.

The Halq’eméylem meaning for Áthelets is “bottom of the creek or end of the creek”. In interviews with Oliver Wells, Chief Sepass indicated that possibly 400 years ago Áthelets was known as Yookuh-kahmihn.  Albert Louie of Yakweakwioose states that “Athelech” means “it’s round like a point and can go no further” referring to the end of the creek.  Áthelets was formerly located on an important waterway, where the tribe used to live. Another interpretation of Aitchelitz is “the place where the two rivers meet.” 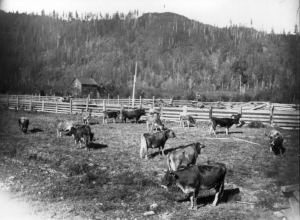 In the early days, there was a spring water stream named Áthelets rising within a mile of the Steetaws crossing. It flowed across the valley just above the low lands of Sumas, to join the Chilliwack River at a point near Squiala.

Áthelets was also mapped in “Old Channels Chilliwack Rivers,” produced by the Royal Engineers, dating back to the 1860’s.

In 1864 Áthelets held more than 162 hectares. Today Áthelets is only 21 hectares. This was not only stripping Áthelets First Nation, it was taking from all Stó:lō the land and resources we require for our traditional life style.

May 15th 1879; Commissioner Sproat allots Áthelets reserve. Áthelets reserve wasn’t surveyed until October 1880 by William Jemmett. On January 25th, 1913 Crown Canada withdrew that land from the operation of Dominion Land Acts. It was in April of 1916 the Land Commissioner confirmed Áthelets of having 21 hectares. The floods of 1872, caused by log jams on the Chilliwack River, flooded much of Aitchelitz as well as neighboring communities. Good agricultural land was damaged. Population by reserve 1879-1951 Wilson Duff: In 1879 there were 12 members, in 1915 it dropped to 5, in 1951 it again dropped to 2, currently there are 40 members. In the 1878 Census: Kaht.sa.lah.look was the Chief, in 1989 Johnny George served as Chief for 8 years. Jim George then became the Chief in 1997 to 2010. From 2010 to the present Chief Angie Baily is the hereditary Chief of Áthelets. 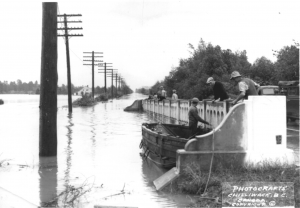 Chief William Dick of Aitchelitz told Mr. McKenna at the Royal Commission Meeting Jan 13th 1915 in Chilliwack: “I want my full liberty to go fishing, shooting and hunting throughout the year.” Mr. McKenna replied: “We cannot give you any more privileges that the law can allow. You are at liberty to hunt on vacant lands during the open season for wild game, and if you want to kill a deer at any time of the year, you had to apply to Mr. Byrne, and if he feels that you are entitled to it, he will get you a permit. You can get a permit to kill a male deer over one year of age for your own use during the closed season. But in regard to the fishing, we are now making enquiries to the fishing matter and shall make recommendations as we see be of benefit to the Indians.”

Today, Áthelets has a population of 42 members.