Join us for a talk with representatives from three Treaty Nations:

The event includes dinner, door prizes and access to transportation. Contact 604 824 3281 or outreach@sxta.bc.ca by March 6 to book a ride.

Tanya Corbet is an extremely passionate member of the Tsawwassen First Nation (TFN) who strives to build a strong and sustainable future for the next generation. Tanya was recently elected to her first term on TFN’s Executive Council, but she has worked for the TFN Government for 18 years, including her key role with the Treaty Department during the negotiation and implementation of BC’s first urban Treaty. Her role in the TFN Government encompassed media relations, government relations, and all aspects of internal and external communications.

The Tla’amin Nation is celebrating their third year of self-governance on April 5, 2019. Roy Francis served as the Chief Negotiator during the treaty process and now serves as the Community Development Officer for the Nation,as well as the chairperson of the Nation’s operating board of companies. Roy has been a key figure in the design and re-structuring of the Tla’amin Nation government and administration. He serves in roles that ensure effective management of a wide range of assets that come along with the Final Agreement. 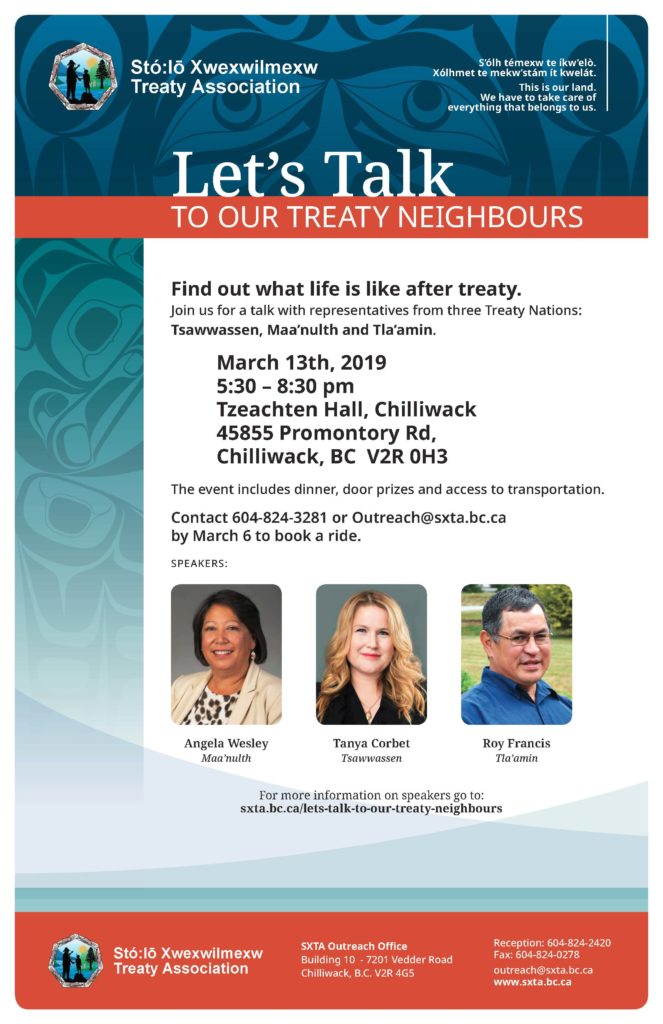